Last week Volunteer Maryland Peer Leader, Elena Felton blogged about Martin Luther King Jr. Day of Service, and discussed what it means to serve.  Well, this past Monday myself, Elena and several Volunteer Maryland Coordinators did some service of our own. It was a day filled with giving back and doing good things in communities throughout Baltimore and Frederick.  We started the morning at Ambrose Kennedy Park where we worked with over 100 volunteers, including several AmeriCorps members cleaning and restoring the park for the community to enjoy.  We collected trash, broke-up old asphalt to lay down new cement, built tire pyramids for children to play on and helped increase the stability of the fence surrounding the park.  When that project concluded we headed to Frederick to serve with the Asian American Center of Frederick, a Volunteer Maryland Service Site, where we helped kids celebrate the day by writing postcards to service men and women around the country, drawing pictures that depicted what citizenship meant to them and drawing pictures that showed what their dreams were.  So, for the rest of this blog I’m going to let pictures be worth a thousand words and show you a little of what we did. 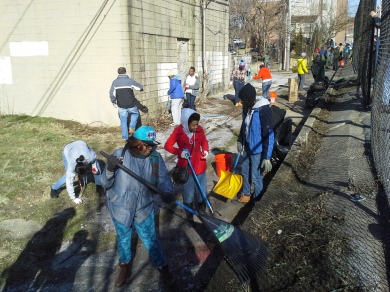 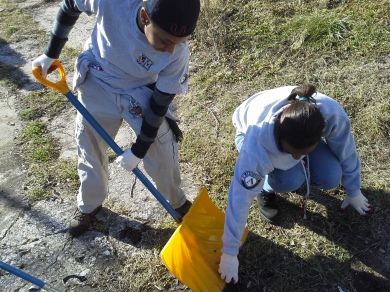 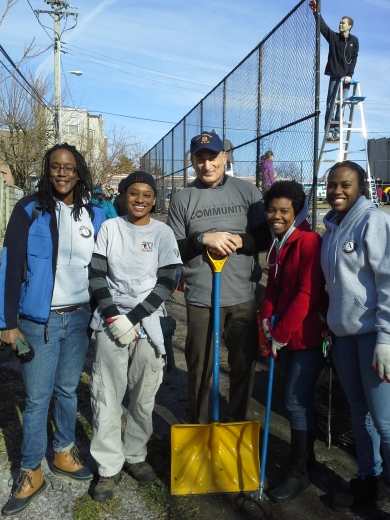 Volunteer Maryland with the State’s Attorney General of Baltimore Maryland Gregg Bernstein after having a discussion about what volunteering means to us and why we serve with AmeriCorps. 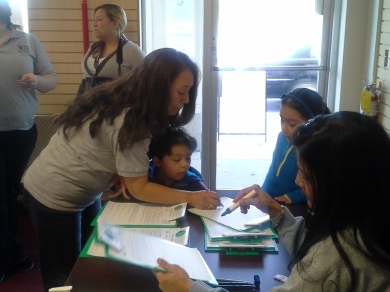 Volunteer Maryland Coordinator Ruth Santa Maria helping register one of the 50 + kids who came to the  Asian American Center of Frederick. 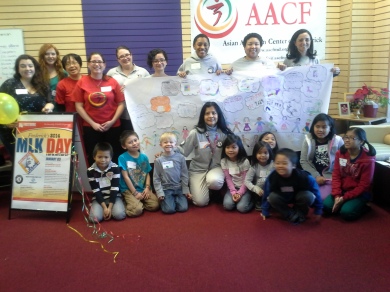 Children, staff, Volunteer Maryland Coordinator Jessica Peiffer and Peer Leaders Taeketra and Elena at the Asian American Center of Frederick celebrating the “I have a dream” children’s mural. 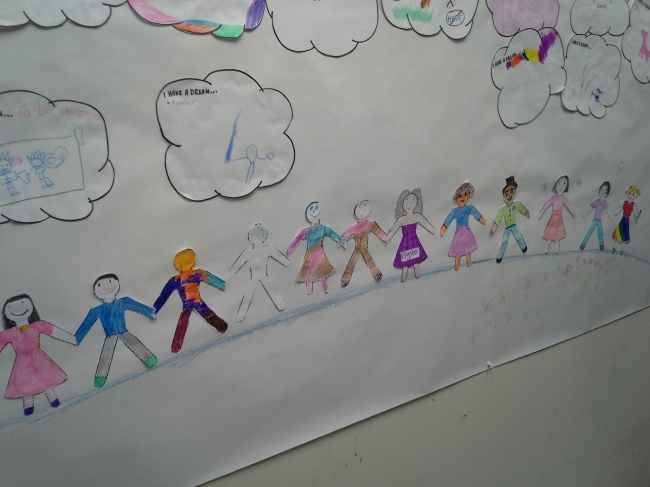 An up-close look at the “I have a dream” mural made by children at the Asian American Center of Frederick.